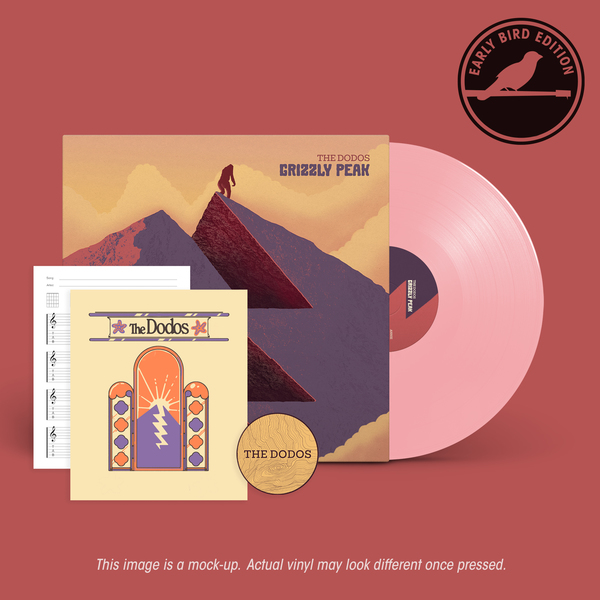 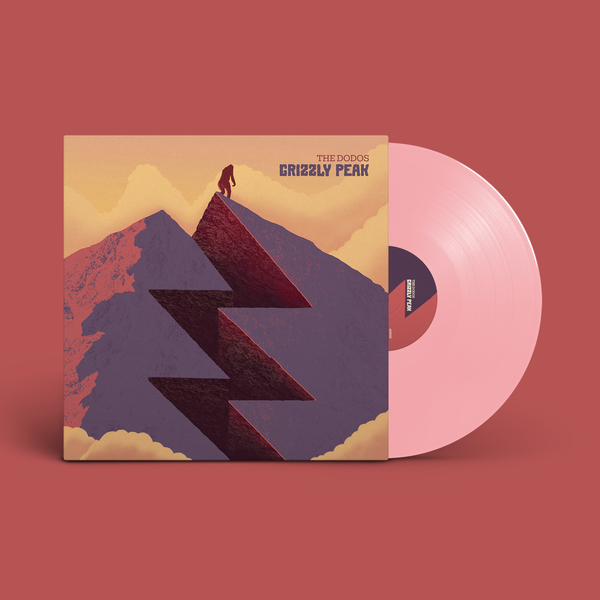 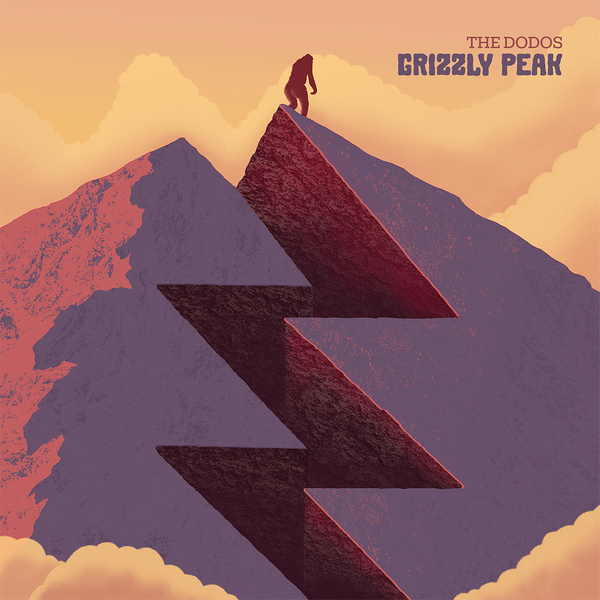 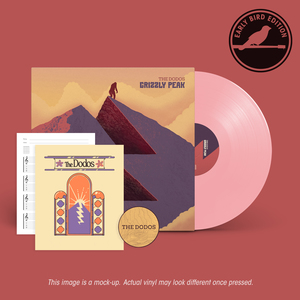 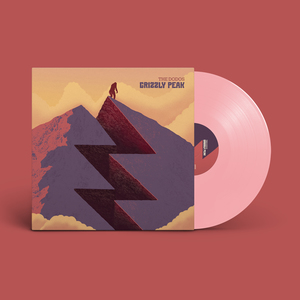 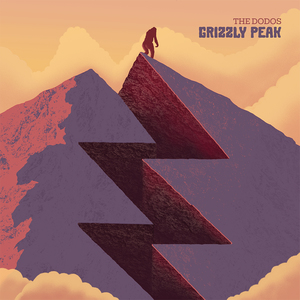 CD pre-orders are scheduled to ship on or before November 12, 2021

Vinyl pre-orders are scheduled to ship on or before January 21, 2022.

For over 15 years, The Dodos have been careening, almost recklessly, towards some perfect ideal of how The Dodos should sound. First formed with the intention of creating a record that felt and sounded how the inside of a guitar might, the band have spent the intervening years sprinting towards that platonic ideal. The propulsion of that chase has always been palpable, even in the duo’s strangest, quietest moments — a gasping thrill conjured as if metallurgically from the interplay between virtuosically fingerpicked guitar and bracingly intricate drumming. Now, after so long, finally: Grizzly Peak. The eighth album by Meric Long and Logan Kroeber still plays as if in freefall, but things are different this time. Meditative and sometimes painful in its emotional excavation, over the course of ten anthemic, gorgeously-rendered tracks, Grizzly Peak reveals itself as that place Long and Kroeber were always desperately trying to find.

As he was toying with the beginnings of what would become Grizzly Peak, Long began to feel the early twinges of arthritis in his fingers. Anyone familiar with Long’s style — an aggressive, rhythmic, weighted approach to fingerpicking developed and perfected over the past 15 years — will understand that this is akin to a runner feeling their legs wear down beyond repair, or the lungs of a brass player beginning to atrophy: an unfair, natural decay that bears immense, life-changing weight. “Guitar has always been my ticket out from feeling worthless, insecure — perhaps I never quite grew out of that moment in my adolescence where I discovered playing the guitar made me feel better than what my mind or others told me,” Long says. “It also became such a huge part of identity, that I probably latched on to it a little too much, and I guess feeling the beginnings of arthritis was sort of a sign of the impermanence of that identity. If I can't play the guitar anymore — the way that, at least in my own mind, defined me so much — then what else am I?”

That driving force, then, animates Grizzly Peak. Although The Dodos have always been a band enamored, somewhat, with the idea of what it means to be ‘The Dodos’ — a duo for whom their own music provides inspiration enough — Grizzly Peak is, perhaps, the first Dodos record to look back, to take stock of Long and Kroeber’s life as one entity. (How dryly funny, and how fittingly literary, that a band in seemingly constant motion would find its ideal form to be in looking to the past.) On the wistful, gut-wrenching opener “Annie,” Long intones, in that anthemic, ever-familiar tone: “The show is about to start.” It’s an overture to the opera of The Dodos’ life, a warning and an invitation that the music enclosed therein will be challenging, true, and, befitting a band who have built such an edifice over the past near-two-decades, incredibly hard-won.

“Annie,” which starts small and builds until it’s one of The Dodos’ brightest, most bombastic songs ever, is a kind of statement of intent for Grizzly Peak. “Annie,” all cavernous boom and warm, enveloping melody, reaches that place of what the inside of a guitar might sound like, wholly and triumphantly. At the same time, the song introduces themes Long grapples with over the course of the entire album: forgiveness, regret, shame, and, above all, profound, enduring love. It roils with the discontent of knowing things could have been different: “Annie, can you forgive me? We were going to ride it til the end…” You can feel the physical weight of the song’s lyrics in the production — a result of Long’s edict that there would be only physical instruments on Grizzly Peak. “I started to appreciate again the physicality of the things being hit, actual vibrations of strings, drumheads. No matter how hard you hit a synth it won't give that impact, and impact is one of those things that's really tied to the sound of this band,” he says. “One of my early production principles for this record was that everything had to be played on a real instrument. I picked up a baby grand piano and put it in my living room which is way too small for it — I can't believe my family let me do that.”

Complex, heart-on-sleeve reckoning — with selfhood as well as relationships with others — recurs throughout Grizzly Peak. “Stop running away while standing still/You’re looking away from what’s been here,” Long sings on the spare, almost funky “Sunrise/Sunset”; “I need to know that you want what you have,” he levels on “Quiet Voices.” These songs are emotionally generous but resolute in their aim to pull apart even the most tightly-coiled of emotions. Long says no stone was left unturned in his quest to make Grizzly Peak sound like the inside of a guitar, and the same feels true of the record’s emotional content; this is The Dodos laid bare, with nothing to hide.

Befitting a record that hits so close to The Dodos’ career-long goal, Grizzly Peak also serves as a love letter to the fans who have devoted their hearts to Long and Kroeber’s music. “I feel a huge debt of gratitude to our fans or anyone that paid attention enough to notice,” Long says. “I really want to say thank you; going back to our original intention and trying to perfect this sound really seemed like the best way to express that gratitude. It was a huge motivation in working through this stuff.” In its content, too, Grizzly Peak seems to speak to the lifeline music can give someone. “Sustainer,” a highlight of the record, puts it plainly: “The song will be my sustainer.” This is an album intensely in love with music as a life force, as a raison d'etre for so many of us in the world. “I never had much to say, but I said it with a guitar,” Long sings on “With A Guitar.” Years later, we’re still listening.