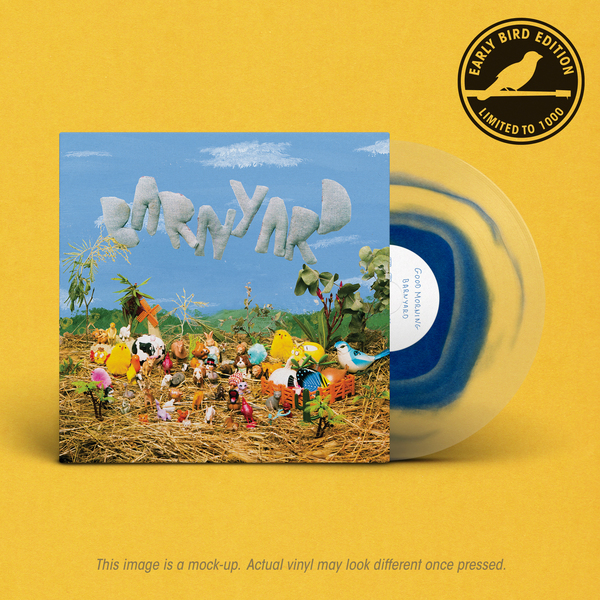 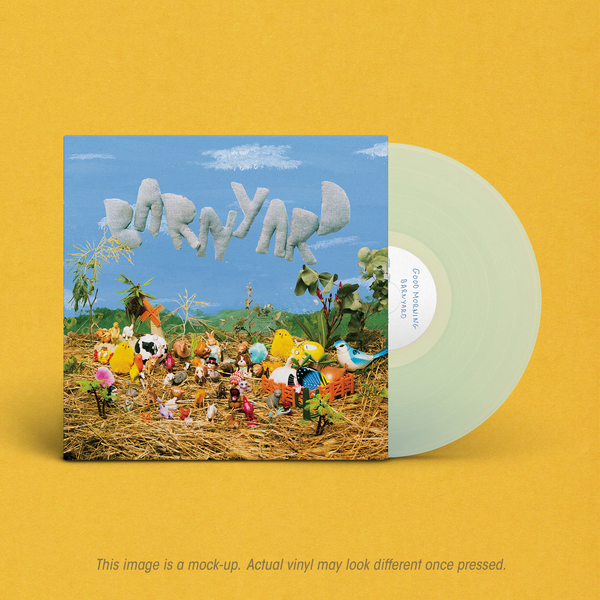 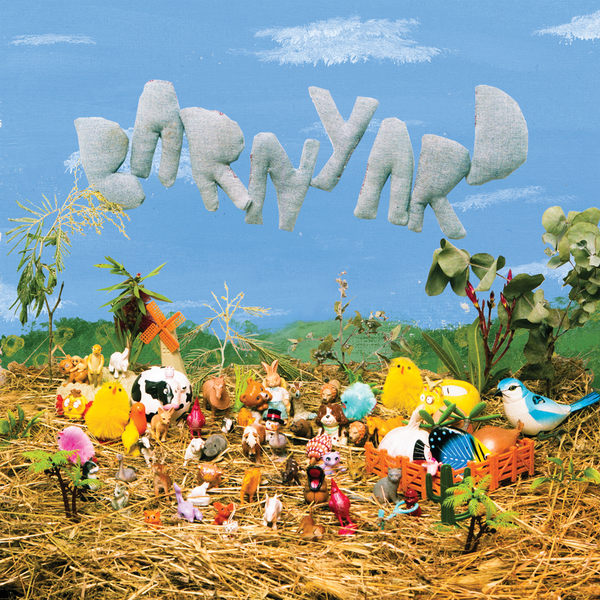 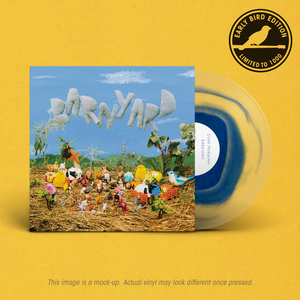 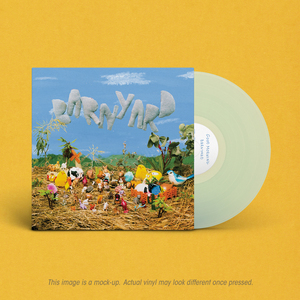 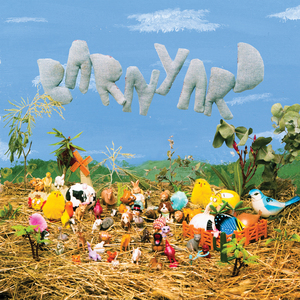 Good Morning are rulebreakers. Not in a sexy, flamboyant way — more in a casual, resigned kind of way. Accidental and incidental rulebreakers. They tune their guitars weirdly and make albums shorter than some peoples’ EPs; their career has progressed in fits and starts, some years bringing an abundance of music and others bringing nothing at all. They are friends first, band second, business third, often in spite of function, and often at their own expense; they choose the wrong singles, and insist on doing everything, from posters to merch to album covers to music videos, by themselves, often painstakingly. These things don’t break the moral and social rules rock stars are so fond of toeing — of course, Good Morning are decidedly not rock stars — but they are the kinds of things you’re not “supposed” to do if you want any kind of success or stability in music; still, every time the machinations of the industry have zigged, Good Morning have zagged.

With the creation and release of their sixth album, Barnyard, the band, comprising Stefan Blair and Liam Parsons, are breaking a couple more quiet, self-imposed rules. For the first time in a long time, a Good Morning record was made with the help of an outside engineer, and will be released on a label that’s not operated by a friend. That may seem small potatoes, but for a duo often hell-bent on keeping things firmly in the fold this widening of scope to take in outside influence, and American outside influence at that, is a very big deal. Other artists may trade in “eras”, grand visions, aesthetic reinventions, but that’s not really Good Morning’s deal. It’s probably why people like them so much.

It’s also probably why, after many many years of being a band, Barnyard is decidedly Good Morning’s best album to date — the latest result in a process of patient refinement that began seven years ago with the 2014 release of Shawcross, and will probably keep going with each successive album. Thoughtful, catchy, idiosyncratic, and fucking long — ‘fucking long’ here meaning 35 minutes, aka average album length, but nearly twice the average length of a Good Morning record — it is all the things one might love about Good Morning, this time around presented with the fat trimmed and the edges sharpened, loose ends tied and ducks all in a row.

Getting here has been a long process, and a little winding. Good Morning were, in a sense, born out of economy: Liam and Stefan split the cost of a Fostex tape recorder, and with said tape proceeded to make 2014’s Shawcross. Written “at the end of a long stint of doing nothing at all” and “kind half-assed”, the record — seven songs of ambling, sun-kissed indie pop — now bears the weight of a classic in the minds of many fans, and, as such, is something of a problem child in Stefan and Liam’s life. Its follow-up, 2016’s Glory, is a little more representative of where the band’s sound would eventually go, slightly darker and slightly weirder in its tone, all while being ruthlessly hooky. (These records also bear the unfortunate cross of having had the vast majority of their royalties thieved by the band’s former label — hence the aforementioned ‘no labels’ rule — and as such are still kinda in disputed territory.)

2018’s Prize // Reward, released on friend-and-live-bandmate Joe Alexander’s record label Bedroom Suck Records, was and remains Good Morning’s only album to be recorded over a long period of time, as opposed to in one short spell. It is looser and slightly more chaotic than other Good Morning releases, its songs liable to unspool at any moment. With the benefit of hindsight, it’s as significant and enjoyable as any other Good Morning record. At the time, though, its protracted process of creation and release left the band feeling tapped out, a little sick of itself. The solution came in the form of 2019’s double-header of The Option and Basketball Breakups, twinned records released six months apart. Made quickly and with a full band for the first time — the former in Melbourne, the latter in a friend’s studio in Matsumoto, Japan -— the albums reclaimed the fun and friendship crucial to the band’s ability to function. Both records are immediate and propulsive, each comprising songs that are fun to play and fun to see live and featuring goofy production choices that border on the avant-garde: barking dogs, wind chimes, and weird synth solos abound.

Between each record, Good Morning have released two-track singles: 2015’s “A Vessel” and “Radiovoice”, and “On The Street” and “You”; 2016’s “Step Aside” and “Oppsie”; 2019’s “Take It Easy For Me Stranger” and “Boy, I’m Just A Loser For Your Love”; and, most recently, 2020’s “Mollyduker” and “Keep It”, the band’s first release for Polyvinyl Record Co. (USA/ROW) and Good Morning Music Company Worldwide (AU/NZ). These two-tracks, despite always conforming to a specific format in a way Good Morning albums rarely do, have provided a space for Stefan and Liam to experiment with style and tone — among these songs are drone synths, ambient sketches, and country ballads.

This history, as embodied, rich and pockmarked as it is, converges on Barnyard. In late 2019, after the release of The Option and Basketball Breakups, with a lengthy American tour looming, Good Morning decided to go back to basics — to record as a duo again, as they had on Shawcross and Glory. Over the course of the year, they demoed any number of songs in their Collingwood studio space, meeting up every Tuesday to write and record together as they always had. In November, as their American tour wrapped up, the pair decamped in Chicago, to properly record the demos they had amassed at Wilco’s famed studio, The Loft.

At The Loft, Good Morning found not only gear — more than they could ever want or need, with much of it having been played on some of their favourite records ever — but also a kindred spirit in Tom Schick, the studio’s in-house engineer. In the initial recording sessions, Tom was a guiding force, encouraging the band to actually record their demos instead of just trying out gear or talking shit for hours on end; as their time together grew, he became a close accomplice, the first non-friend the band had ever brought in to help them record and, as such, a significant force in the outcome of Barnyard. The band left The Loft with the intention of returning the next year and finishing it, a plan that, due to Covid, never came to fruition. What you now hear on Barnyard is exactly what was laid down in that first spell of recording. In a sense, the universe’s dampening of the band’s plans forced them to stick to at least one of their rules — to only make records that were recorded in one quick rush, in one geographical location. The album is better for it: not overworked or overproofed, these 12 songs feel comfortable with themselves, content to exist as they are, rather than striving for something they’ll never be.

Despite how quietly epochal Barnyard is — a milestone in the history of Good Morning — it’s also the band’s most meditative record, thoughtful and careful in its evocations. In the spirit of “Mollyduker” and “Keep It”, in many ways tone- and style-setting preludes to this album, Barnyard is world-weary, concerned with the state of things in a loose, unfocussed sort of way. In other words, like we all are — frustrated both with the way things are and with everyone’s general inability to fix any of the many issues endemic to our society. “Burning”, a piano ballad sung by Liam that bears the distinctive patina of 70s rock, addresses the increasingly-visceral threat of global warming, its lyrics written in freezing-cold Chicago about the bushfires raging back home in Australia. “Big Wig”, sung by Stefan, addresses the generally useless and pigheaded bigwigs who parade through the music industry and through life.

In spite of the appropriately bleak vibe, these songs feature some of Good Morning’s catchiest and most distinctive productions. The spritely groove and easygoing harmonies of “Depends On What I Know” belie its frustration-ridden lyrics; the gripping, awesome propulsion of “Country” persists in spite of its appeal to return to a simpler, easier way of being. The 12 tracks that comprise Barnyard are melodically and structurally unimpeachable — just wonderful, appealing rock songs that are never laboured with overbearing production choices or self-serious tone, even when the content regards a world in decline.

Those seeking grand reinvention or earth-shaking hubris in Barnyard will come up short. This is an album of good, well-made, finely-written songs. It is an album notable for its purity and coherence of vision, but not by any means a concept album; it is a record significant in the band’s history, but not one with such self-importance that it would consider itself historically significant for all. That is likely what those drawn to it will love about it. Barnyard is not too little and not too much. It’s just right — just Good Morning.

Highs in the Minuses
Pre-Order