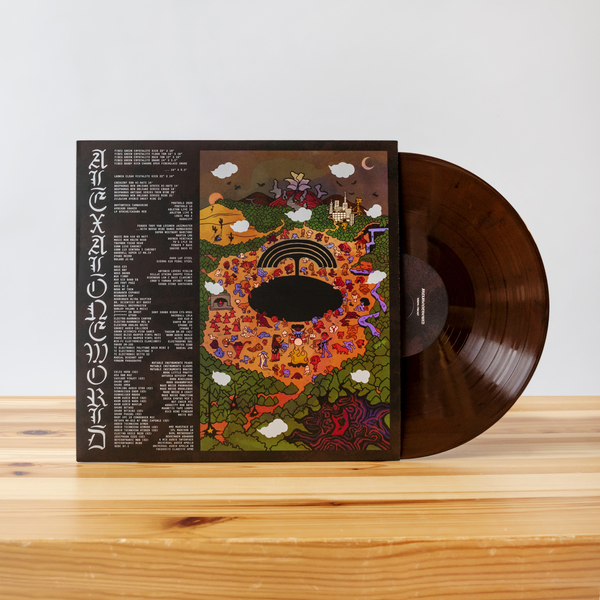 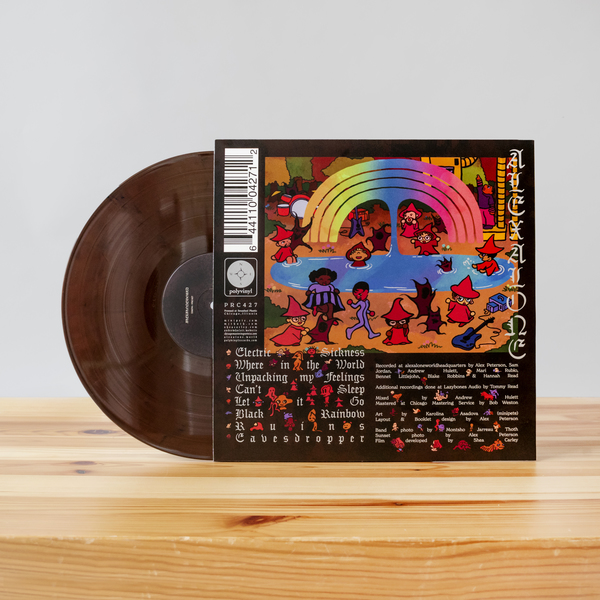 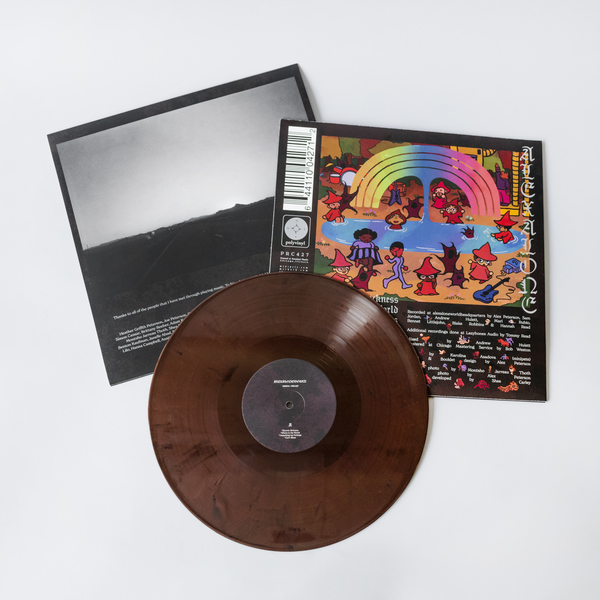 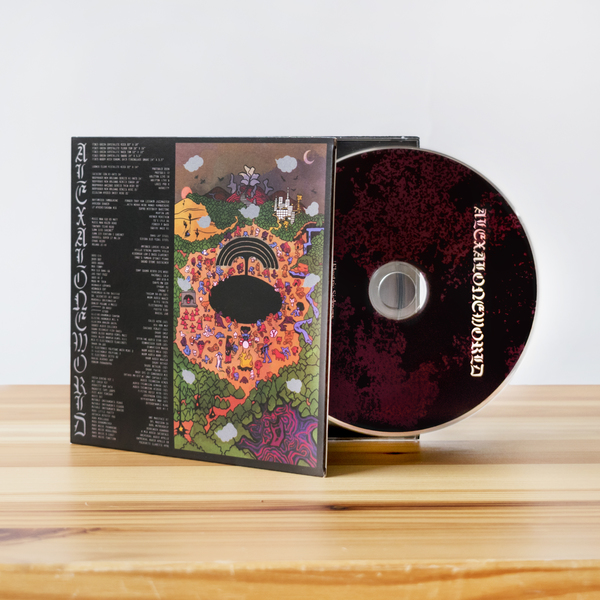 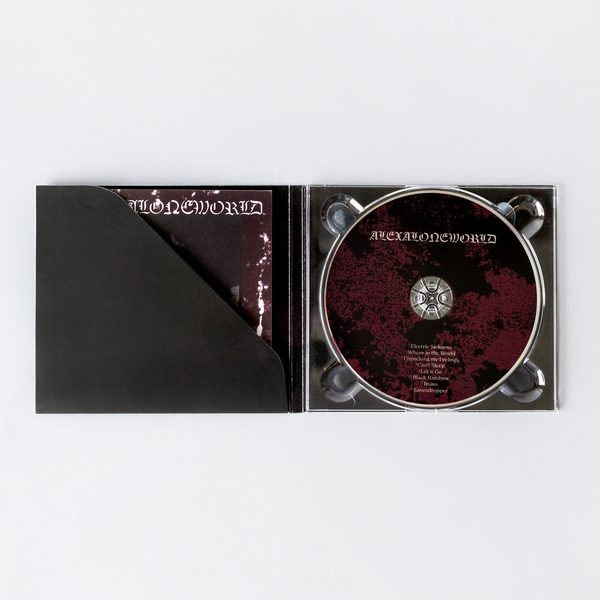 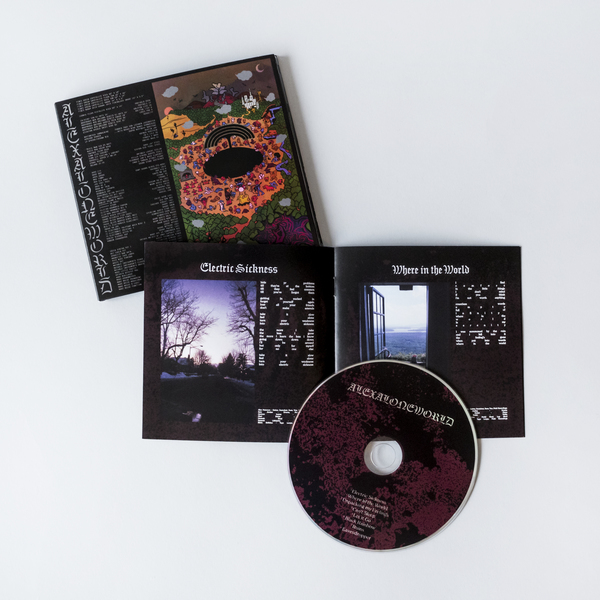 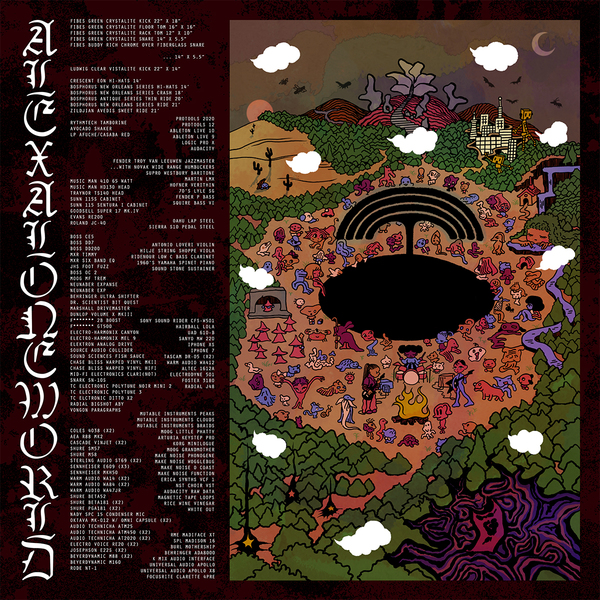 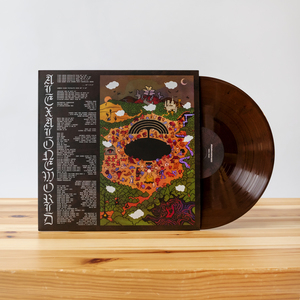 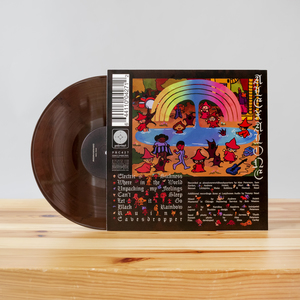 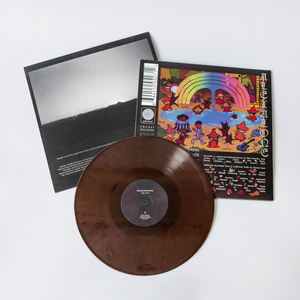 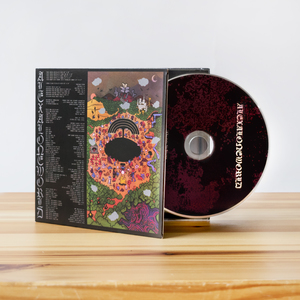 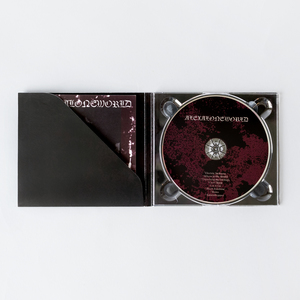 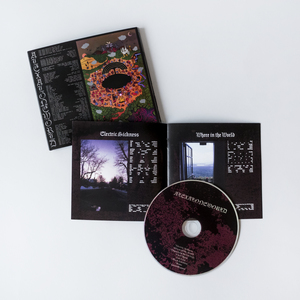 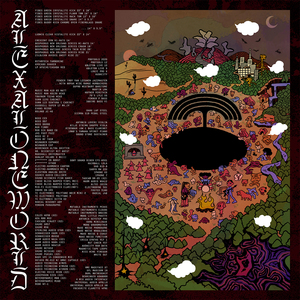 The sounds of alexalone will usher you into warm, fuzzy, lonely spaces, then shock you alive with pulsing energy. But, alexalone’s first full length album, ALEXALONEWORLD, isn’t merely about the sound, it is an exercise in world building, and a portrait of the artist cradling and nurturing their emotions as they create, navigating labyrinths of pain as they search for exits, and hoping for a haven where they can survey the damage and regroup.

Appropriately, alexalone’s first full-length record emerges at the moment we’ve learned to live with the pain of isolation while also clinging to shimmers of hope for an ending. ALEXALONEWORLD’s gravitational center is Alex Peterson’s (they/them) musical vision and authorial voice, the wayfarer through a forest of moods. And, having begot a world of solitude, Peterson then tore open a wormhole through which other artists, musicians, and friends might enter, plumbing the dark corridors and secret rooms.

Peterson’s lyrics are wonderfully moody: “Electric Sickness” leads in with caustic rumblings, the following three songs hold a lingering dream-state always verging on nightmare, before the possibility of escape and emergence comes with the final songs. Collaborations with the album’s cover art designer minipete create a visual dimension to the world, and video game designers Karolina (she/her) and Simon (he/him) create a multi-media portal on the upcoming music video for “Ruins.” Central to the musical, visual and media world is “Black Rainbow,” track 6 on the record. The song alternates between solo voice chanting gravely over drums and explosive instrumental catharsis; subdued pain reaching for comfort and release in noise.

Though Peterson is no stranger to performing with other musicians, as a live member of both Hovvdy and Lomelda, when alexalone were highlighted in NPR’s ‘The Austin 100’ in 2018, Peterson was still recording music largely as a one-person band, layering and looping to generate the “big, billowing, shoe-gaze epics” praised by NPR’s Stephen Thompson. Having performed with frequent collaborator and percussionist Sam Jordan (he/him), Peterson now invited Jordan, and multi-instrumental pals Mari Rubio (she/her) and Andrew Hulett (he/they) into the recording stage as alexalone transformed from one person to a four piece band. This quarantine preserved the isolated introspection Peterson so effectively channeled in their music while also allowing time to produce rich and immersive sound. Peterson and Jordan began laying down drums in November of 2019 in a makeshift studio below Jordan’s central Austin apartment, but the recording largely took place much as all our lives did in 2020, across the digital matrix. The band had only one sublime performance together before Covid pushed Austin’s bustling live music scene into this prolonged shadow. The late February show in downtown Austin’s Cheer Up Charlies gave the newly formed band a taste for the esoterically powerful sounds they could make together.

While the recording for this album began in late 2019, the inchoate rumblings deep below the surface of this record began much earlier within Peterson whose passion for music began stirring around the same time as their awareness of the ways difference can lead to pain. Among other things, this album is an adventure tale whose protagonist from an insular world of crushing emotion, travels through internal and external territories, and ultimately finds themselves among ruins which offer recovery and reconciliation.

The album is fueled by Peterson’s passion for making music and their personal experiences facing systems of oppression. Peterson found inspiration in the worlds built by Tolkien, Murakami, absurdist graphic novelist Inio Asano, and Zelda video game designers, among other artists who manage to envision worlds where agony merges with playfulness as characters traverse metaphysical spaces. Musically, they draw inspiration from Low, Boris and Yo La Tengo, among other bands who tease out paradox through sound, and who continually seek new creative terrain. alexalone isn’t afraid of descending into dark painful places, but they are also always up for play. Like the best existentialists, they imagine Sisyphus happy.