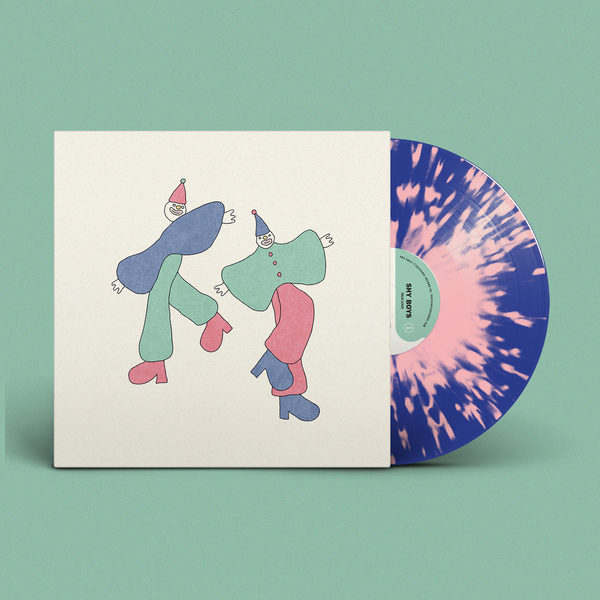 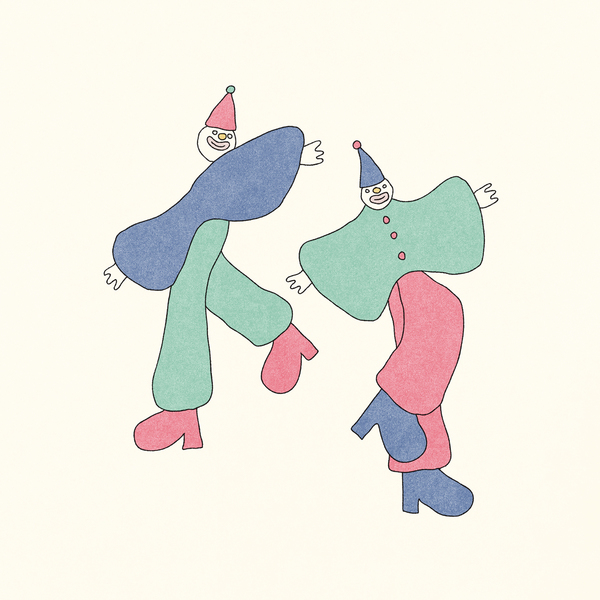 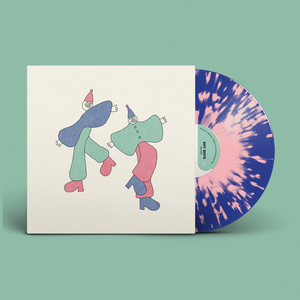 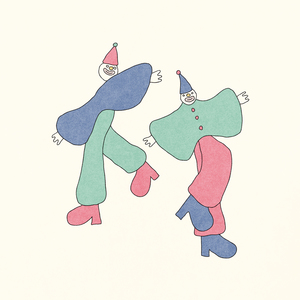 Do you think you know what Shy Boys sound like?

Each album feels different, and the audience gets the pleasure of listening in while Shy Boys experiment with and master new sounds. On their new album, Talk Loud, our Shy Boys are clearly so in sync with each other that they are able to explore getting out of sync in a way that feels right. The album is fun and scary at the same time. Right when you start to feel comfortable you turn a corner into a different dimension. They pan vocals, take audible breaths. The backing vocals are pure feeling. There’s a comfort to feeling surrounded by the five distinct voices that make up Shy Boys, but once in a while it starts to feel foreboding, too.

Touring can be a grind, and it can also feel like summer camp. Bands develop shorthand for communication, get used to tight quarters. You talk to each other and you sit in silence. It magnifies and affects your relationships with your bandmates, with yourself, and what home means to you. With Bell House, the tight-knit Shy Boys spent about a “year-and-a-half cheek-to-cheek in a conversion van touring the country,” recalls lead singer, Collin Rausch. They became friends with artists they’d been fans of… tripped in northern California under the redwoods… played for a couple thousand people and… played for two people. Arriving home from this intense journey together and separating from each other physically aligned with some personal and musical perspective changes. The outcome is an album that grapples with attachment.

“Fraid I Might Die” and “Trash” reference the universal passage of time. On “Fraid I Might Die” the synth sounds are airy and sharp. The accompaniment builds, and then cuts to just keys, the lyrics repeating all throughout, like a chant. “Fraid I might die / With every beat I get older / Fraid I might die / With every beat I get closer.” The more you exist, the closer you are to ceasing to exist; living is dying. The lyrics of “Trash” seem at first to be about daily life: cleaning the house knowing you will just have to clean it “over and again” – the monotony of daily life. But upon a closer listen, it stretches beyond the narrator's house and into the whole world and the painful overwhelming endless cycle of consumerism. Another standout moment on the album, “View From The Sky,” is undeniable proof that bands can still write hits organically. The song has glossy elements while remaining endearingly human. There’s doo-wop backing vocals paired with laser-show shredding. Every sound is imbued with emotion, every flick of the wrist is meaningful. There’s just no way to listen to this album without tuning into their spiritual well of connectedness. It embeds itself in your body.

Shy Boys are like musical astronauts, with instrumentation from the beyond. Talk Loud has the heart-string-yanking ability of music concocted in a laboratory, but it still feels heavily human. It’s complicated, it’s swirly, it surrounds you and extends itself deep into your brain. There are noticeably more synths (and less guitar) than previous Shy Boys albums. There is a lot of hand percussion sprinkled throughout the record: shaker, wood block, finger cymbal. Drums and bass do a secret handshake. Lyrics about malaise are juxtaposed with joyful sounds. The record is cinematic, sparkly, jumpy, and spooky. At times Talk Loud connotes a children’s TV program or puppet show: haunting and funny become one. In their own words, “Shy Boys is a bubble...to the point that we might just be making music for ourselves.” Their musical perspective and context is limited and insular, which translates into music that feels limitless, experimental, and unlike anything.