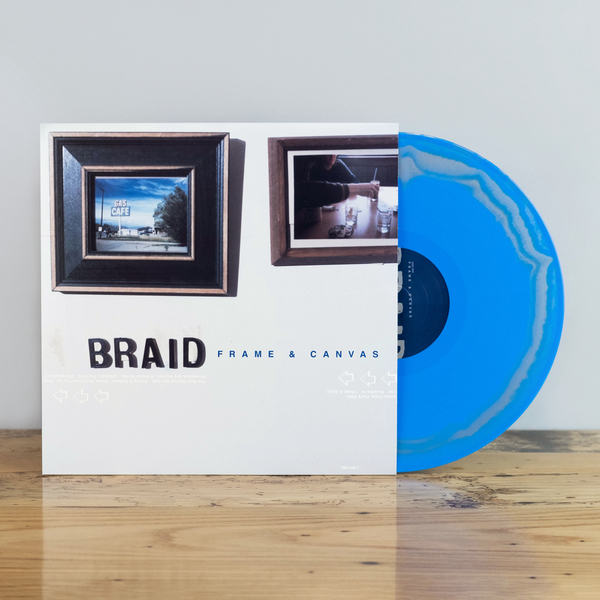 Considered by many to be the definitive Braid album, Frame & Canvas was recorded by J. Robbins (Jawbox/Burning Airlines) at Inner Ear studios in December 1997. Braid's leaner, more focused sound on the album was in direct correlation to the band's constant and prolific touring.

Braid's third album features the bombastic crowd pleaser "The New Nathan Detroits," the lovesick mathrock dance anthem "A Dozen Roses" and the shimmery mini-epic of "I Keep a Diary."