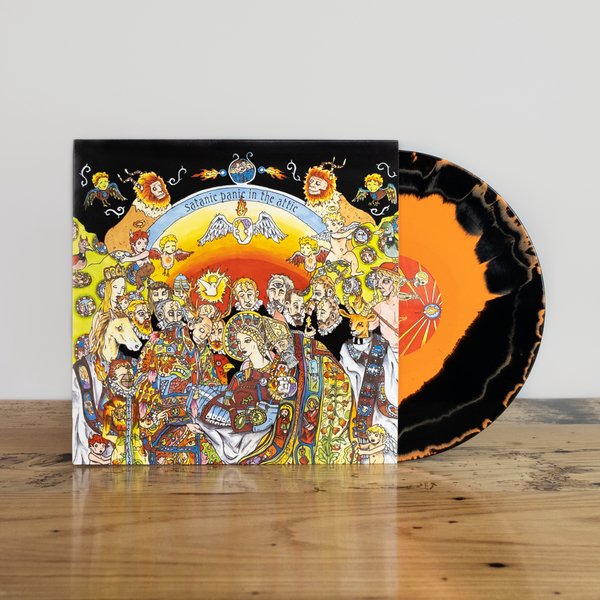 LP (Orange/Black Swirl Vinyl)
£15.00
Unavailable
Item unavailable? Notify me if it comes back in stock.

Satanic Panic in the Attic is of Montreal's sixth full-length release and first for Polyvinyl. Previously, the band released two albums for Bar/None and three for Kindercore. The prolific Athens, Georgia band is an established staple of the US indie-pop scene and has been a continual touring presence.

The sound of Satanic Panic in the Attic is a slight departure from of Montreal's previous releases yet continues the band's tradition of continually redefining themselves. The influence of 1970's Afro beat and 80's New Wave can clearly be heard throughout the album -- offering fans a new perspective previously unheard from the band.