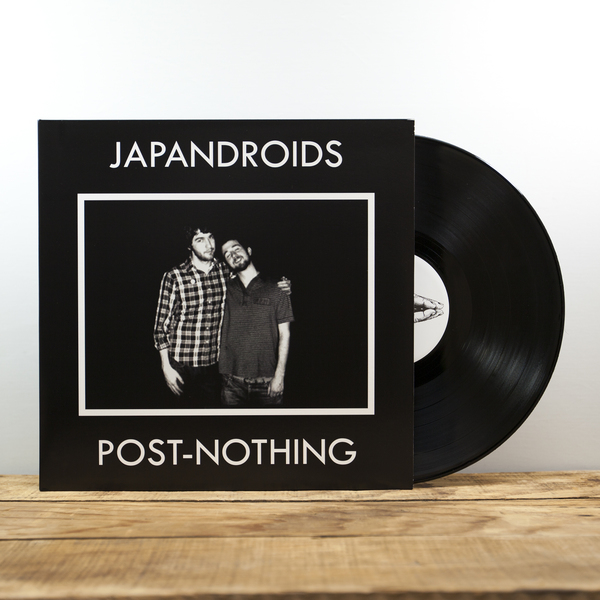 LP (180-Gram Black Vinyl)
£16.00
Unavailable
Item unavailable? Notify me if it comes back in stock.

Building on the buzz of 2008's Lullaby Death Jams and 2007's All Lies, Japandroids' debut full-length, Post-Nothing, was released in 2009 and immediately began garnering critical acclaim. Four months later, the record was named on numerous year-end lists -- earning best-of-2009 honors from Pitchfork, Spin, Stereogum, NME, Exclaim and many, many more.

Tired of being forced to pick a label for their music, Brian (guitar) and Dave (drums) decided that their sound was simply "post-nothing." These nine gems confirm this: running the gauntlet of rock 'n roll sub-genres to the point that the boys are ripping off too many different bands to sound like any other duo making music right now.

Gaining just as much positive press for its amazing live shows, Japandroids have played more than 200 concerts across North America and Europe to sold-out crowds who can’t get enough of the band’s loud, heartfelt music. There’s no end in sight – just more tours, more sweat, more chasing after “sunshine girls.”