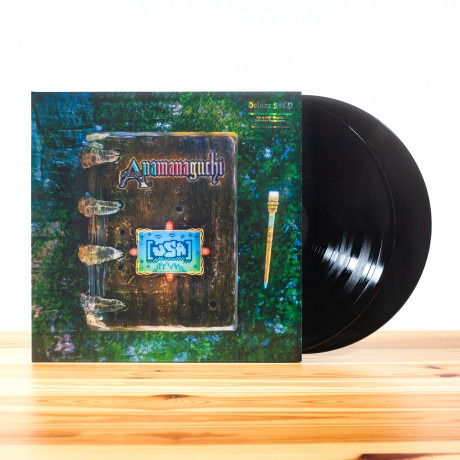 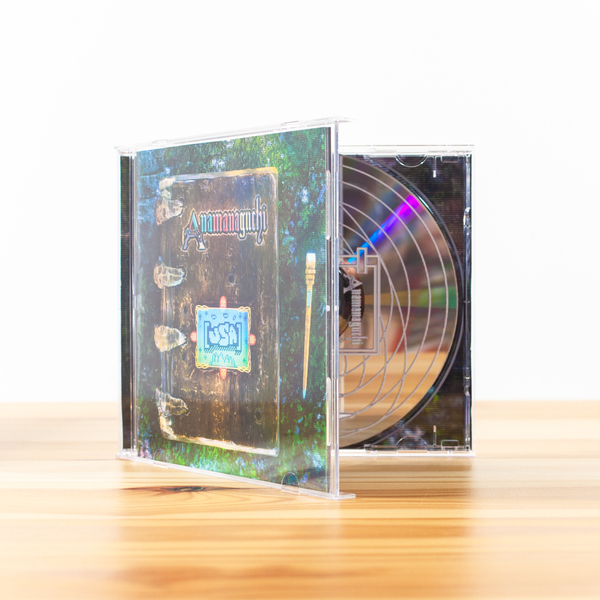 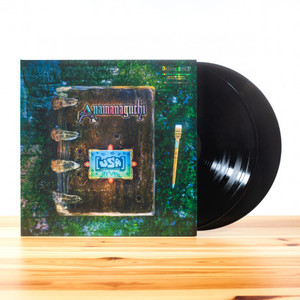 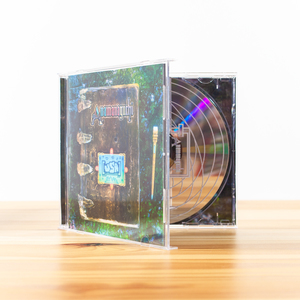 Anamanaguchi is a four-piece band from New York and Los Angeles made up of Peter Berkman, Ary Warnaar, James DeVito, and Luke Silas. They program and perform intensely emotional digital music, and also once sent a slice of pizza into space. Their new full-length, [USA], will be released on Polyvinyl Record Co. in 2019.

"This album feels like a teenage coming-of-age movie, but in the domain of internet-based fantasy escapism,” says Ary. “Escaping from reality can be an amazing way to find yourself and be creative, but it can also be a free pass for lack of responsibility and unchecked desires. [USA] is a reflection on all this, the ups and downs of accepting it… which lots of people seem to be in the process of doing."

Since forming in the mid-2000s, Anamanaguchi have been revered as pioneers in the homemade, video game world of chiptune music: they combine a loud and fast live band with hyper-melodic squarewaves from hacked Nintendo hardware. Their earliest releases have been distributed on NES cartridges you can actually play, and in 2010 they created the official soundtrack to the Scott Pilgrim vs. The World game.

In 2013, Anamanaguchi self-released the Endless Fantasy album backed by an out-of-control Kickstarter campaign that brought in $275,000, more than five times their goal. In 2016, they parodied corporate gaming culture by making a free game, including an original full-length soundtrack, titled Capsule Silence XXIV. Recently, they’ve collaborated on a single with the computer-generated Japanese pop star Hatsune Miku, and were the first independent artists to perform alongside her hologram on tour.

Though the band has always been inventive, [USA] is a significant progression. For years, Anamanaguchi presented an optimistic, overdriven version of art on the internet. [USA] is equally ambitious in its world-building, but it marks a departure that is in part sonic — they employ a much wider palette of sounds and voices, both synthetic and human, than ever before — as well as conceptual: perhaps for the first time, Anamanaguchi confront reality.

“Lorem Ipsum (Arctic Anthem)” is the album’s first single. “This particular song deals with environmental forces so immense as to be beyond our control, but not our ability to notice and grasp them,” Pete says. “There’s a lot more in the album about these unavoidable realities — conditions, names, identities, labels — that none of us chose, but have to learn to live with.”

The Latin lyrics to “Lorem Ipsum (Arctic Anthem)” are sung using Vocaloid and come from Cicero’s 1st-century BC discourse on the distinction between pleasure & goodness, which just so happens to be the original source for the popular “dummy text” used in graphic design. “The decision to use words on this album gave it a new kind of structure that let us explore familiar feelings in a different way,” Pete adds, “like the feeling of ‘happy tears’ that comes from the combination of losing and understanding, but neither on their own.”